Hey, it’s now 2020 and we are releasing some great records early this year.
At first, Sekunderna (formerly known as Persona) Paradiset EP. They play catchy punk rock in 4-beat, the lyrics deals with every day issues in the capitalist society like staying in bed all day rather than go to work. FFO Jay Reatard, Marked Men and Cloud Nothings. Release date January 10. Order here.
Desire and Her Drunks is another great band that I’m releasing toghter with Blackvally Records, releasedate is not set yet, but early this spring you’ll hear there debutalbum.
Until then you can listen to their singel called “Owls” and get your hype on!
For all you Twin Pigs fans out there! I have some good news, their debutalbum “Chaos, Baby!” is repressed with yellow vinyl and the preorder starts right now! I got the idea and talked with the Spastic Fantastic Records for a co-release! The Twin Pigs empire will expand. 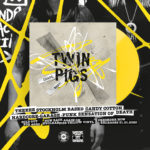 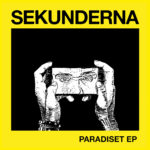